First of all, I’d like to shoutout to PorterGirl and StorySmitten for being on my blog notification feed every now and then : ) Whenever I see you guys on my notification feed I’m like, ‘Oh it’s her/him again! (with a sheepish grin on my face)’ It’s impossible to describe the feeling of knowing that there are readers out there that are walking alongside me on this blogging journey- and I say ‘blogging journey’ but I can swear that it’s not merely ‘blogging’, it’s a whole compound of unconditional human bonding and communication and it is overwhelming. It’s even more meaningful because I’ve been blogging on this site since middle school because I love fashion so much, and now I’m a few weeks away from going into uni as a fashion major. : 0

(I feel like I should do these shoutouts more often; this is actually the first time I’ve mentioned a reader(s) in a post that I remember)

As you guys might have noticed, I am innately a very scared, anxious person. To tell the truth, I’m terrified of so many little things in life, from liking a crush’s facebook post to going to theme parks(because there’s always that one friend that forces you to get on the most menacing ride there), and these days the fear is amplified, big time.

It’s not only because of the simple fact that I’m graduating from high school and going to uni this month(in Korea the new school year usually starts in March) but also because I feel like I’m not ready for so many things. I mean, I know that ‘you’re never ready, you’re just ready enough'(I don’t remember who said that but whoever did-amazing quote, seriously #truth) but whenever I watch myself fail at something or make a mistake these days it makes me want to punch myself in the face so hard because I feel like a useless human being. Before, I at least had the excuse of ‘being a kid’ but I’m 19 now, I’m not a kid anymore. I’m an adult. I know, I can’t believe it either. It seems like just yesterday when I was writing my ‘I don’t want to grow up because’ post. (By the way, the post is going to be used in an English kids’ textbook! I’ll post about it when I get the printed copies ; ) )

I have so many things I want. I want my boyfriend to be here(he’s away for his studies), I want to study at Central Saint Martins next year, I want more people to be able to resonate with my writing, I want to be successful(whatever that even means anymore). And at the same time, I have so many possible scenarios in my head of myself failing to achieve those things, or even losing what I already have(university, friends, you guys).

I try so hard to be good at things and be strong, but I know I’m still immature as hell and a little bonkers, even.

How are you guys doing in life?

There was an error retrieving images from Instagram. An attempt will be remade in a few minutes. 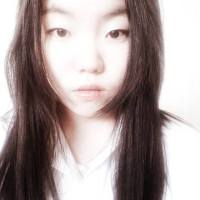 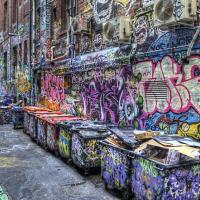 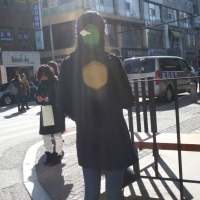