To be honest, I’m supposed to be doing my work right now, but I really couldn’t stop myself from posting to my blog : S I want to meet you guys and connect! It’s the best thing in the world(that is, apart from lasagna and Starbucks).

So…since I have this sudden outburst of urge to talk to you guys, I decided to tell you a little about my daily life, and how I get my inspiration from it.

Recently I moved into a small one-room apartment alone because of my studies and school, and so far it’s great. I have more time to myself to think about things. It’s so much more peaceful and it’s easier to concentrate on my work, whether it’s schoolwork or blog stuff. The downside is, however, that my daily life (or at least the daily atmosphere) is less dynamic, and everything seems more stationary and still. I do get lonely sometimes, and I do feel burdened a lot of the time but I’m learning to cope with it. (I’ve become caught up with the idea that I should deliberately put myself through mild hardships so that I can grow as a person and become stronger and more independent. I’m gonna be 18 next year, and in the UK I would be an adult. I’m gettin’ old! Need to learn how to survive in this world.)

Since I’m alone more often than before, I usually get inspired by the internet. I read other blogs, I research about writers and their masterpieces(these days I’m interested in the Irish novelist James Joyce), I look at photos of modern art, I listen to music etc. So in this post I’m going to share with you some of my latest sources of inspiration.

First off, I listen to a lot of rock music. Not the hardcore, heavy-metal stuff(I’ve never really been into that) but more like rock ballads and punk rock, and sometimes indie rock. I downloaded all the songs of The Pretty Reckless yesterday. You probably know Taylor Momsen-she’s the singer of The Pretty Reckless, and I first got to know about her when she appeared on my favorite TV series, Gossip Girl. She’s super talented, and her songs are sensational. My current favorites are ‘Goin’ Down’ and ‘Nothing Left to Lose’. Her voice is so husky and bold, and I love how she sounds so carefree when she sings.

(image above: Taylor Momsen from The Pretty Reckless. I was really shocked when I first found out she was in a rock band. “You mean the Jenny from Gossip Girl?! What?” )

Nirvana is always a classic, and I always end up going back to them every once in a while. ‘Smells Like Teen Spirit’ is really unique and captures the essence of Nirvana’s grunge atmosphere. I even figured out how to play it on my piano! 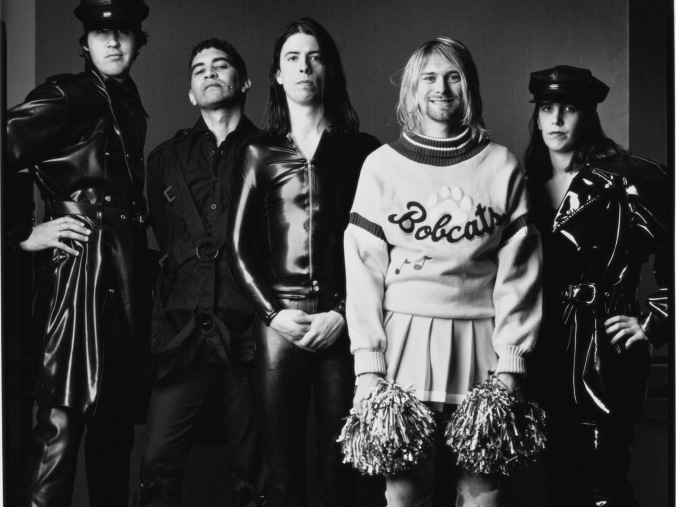 I also listen to The Kills, Adele, Katy Perry, Eminem, and classical music. Come to think of it, I’m a really weird music listen-er. I just don’t discriminate genres.

Music is always inspirational, but sometimes all I want is some good, moving writing. I read a lot these days. I recently got into the sci-fi genre which I used to be very distant with, until the day I read ‘Ender’s Game’ and fell into the wonders of science fiction. I’m currently reading ‘CSI:Miami’ and ‘The Towering World of Jimmy Choo’. It’s really cool how I can just pick up a book and step into a completely different world. About a week ago I was reading ‘Nine Days a Queen:The Short Life and Reign of Lady Jane Grey’ and that got me immersed in British history all over again. The Tudors, and the fight to be queen, and how they must have felt… It’s so fascinating. Books always remind me that there’s more to the world. It’s not just about school, and mobile phones, and Facebook, there’s just so much more out there that I don’t know about. It’s like an adventure.

(image above: Asa Butterfield as ‘Ender’ in the recent movie Ender’s Game. When I heard that the Orson Scott Card classic had been turned into a film, I was over the moon. The movie failed to portray everything in the book, but it did a tremendously good job of what it did portray. You can’t expect two hours to capture everything in the book, I guess. Asa Butterfield was amazing as Ender, and I actually cried(yes, literally) while watching the scene where Ender disobeys Bonzo and floats towards the enemy’s gate with two guns. He spins in the air as he goes, and he looks so triumphant and cool, and just…wow. It was EXACTLY how I had imagined the scene while reading the book.)

I think that I don’t deliberately do things to get inspiration, but inspiration just seeps in as I experience things. It comes when you’re least expecting it, so in a way it’s kind of inaccurate to say that I ‘get inspiration’ from the songs and books that I just told you about. It all adds up and one day I find that these books or this certain music has influenced me to think a certain way. Most of the time I don’t even realize it. It’s a queer process, really.

Another notable interesting thing about the process of inspiration is that us humans find most of our inspiration in other humans. It’s so beautiful and intriguing how we’re all connected together in this big knot called inspiration. We influence each other more than we could ever imagine.

28 thoughts on “My Inspiration: Nirvana, The Pretty Reckless, Ender’s Game, and more!”